Hi, I’m Ryan  👋  I’m a Doctor in my  F4 year where I’m balancing a mixture of ad-hoc locuming and working for Messly as a Health Tech Fellow.

Starting out as a new Locum Doctor can be tough, that’s why I wanted to share the biggest mistakes I made (there were a lot) when I first started so that you won’t have to make these too.

I was a Foundation Doctor at ‘Basildon and Thurrock University Hospital’ in Essex, Bedfordshire and Hertfordshire Foundation School and had a really good time there.

During my F1-2 I found that I really enjoyed the faster-paced life associated with rotations in specialties such as Surgery and A&E over Medicine. However, these specialties often had the worse rota, consisting of what felt like an endless number of weekends and nightshifts.

Despite enjoying these specialties and having a childhood dream of becoming a surgeon, as I got closer to the application stages I realised that I  just wasn’t ready or sure enough to dedicate the better part of a decade of my life to any of these specialties.

So with the ORIEL deadlines fast approaching, I decided to not apply to any Training programmes and instead opted to take an F3 year where I could explore as many specialities as I wanted, without having to do no any night or weekend shifts. This then lead into doing an F4 year, and during this time I've learnt quite a lot about locuming. I've written my top learning points and thoughts from these 2 years in this article here.

At least, that was the intention.

The biggest mistakes I made in my first month

My initial plan was to locum through a single locum agency, as I believed this would make it easier to manage my shifts and pay. However, I had no real idea of how to find a good agency and so put my generic medical CV, you know the 6-page ones which detail every rotation you’ve ever done along with every single audit and QIP, onto CV-Library. This was at the recommendation of a random article about starting out as a Locum Doctor that I found on google...

This was one of my biggest regrets of the year, as within 10 minutes of doing this I started to receive call after call from different recruitment agencies all promising better jobs than the previous one. This initially started with 3-5 phone calls a day which then slowly rose to 3-5 per hour within a week. Despite removing my details from CV-Library, the damage was done and it took several weeks of declining roles, blocking numbers, and occasionally threatening GDPR actions against the most persistent recruiters to get rid of my details and stop calling.

Whilst we’re on this topic. Be wary of the free webinars that are often run directly or in conjunction with an agency. Whilst I’m sure most are actually there to be informative, there are a few who have been taking details and essentially spam calling and emailing doctors.

❌  Mistake 2 - Signing up for the wrong agency

Despite the escape from ‘Mistake 1’, I did sign up to one of the agencies that contacted me after quickly googling them.

On paper they appeared great, they were local to the area I was living in, had decent google reviews, and promised me better rates and work in the hospitals that I preferred. However, the issues started showing very quickly after completing the registration process.

The long story short is that I was only ever offered shifts in hospitals that were further away than the ones that I originally agreed to and the rates were nowhere near as good as what they quoted in our first call.  However, despite this, they would continuously insist that these ‘better locations’ and ‘better rates’ would be available in the next block of shifts that they found me.

This stringing along went on for almost 2 months before I left the agency and found a much better one, fairly quickly, through Messly which actually found me work in the areas I originally wanted.

I don’t want to paint all agencies with the same brush, as most are actually good and useful as a resource for finding work. But there is definitely a small minority out there that are disingenuous. If you’re unfortunate enough to accidentally find them, like I was, then this can make your locum year considerably less enjoyable.

So make sure you do your due diligence and research any agency you’re considering working with!

Here a good resource on how to figure out which locum agencies are the right ones for you to approach based on your own specific interests and needs.

If you’re interested in how Messly compares to signing up to a locum agency directly then you can read this article here.

As a result, to make my self-enforced quota, I had to work far more late shifts and weekends, and travel to further hospitals than I wanted to in my first month as a Locum Doctor. So make sure to try to book your shifts at least 1 month in advance, and speak to your Locum Agent regularly to ensure they’re actively looking to get you the best shifts.

Messly’s article “Your Timeline for Finding Locum Work” will help you walk through the whole timeline of finding locum work which will help you avoid situations like this and many more.

This is one of the most common mistakes made by new Locum Doctors and one which I also made.

I remember negotiating with my recruiter for a rate of £50/h, which was confirmed in writing. I was really happy about this and worked several shifts with them, even at further locations than I originally agreed to, with the expectation that my first payslip was going to be huge.

However, when I opened my payslip I remember feeling extremely confused and betrayed by the agency when I noticed that the rate listed here was roughly £43/h. This is actually a correct calculation. However, prior to starting, the agency did not explain that the rate of £50/h also included the ‘Employer NI Contribution’ portion that the Trust has to pay HMRC, as part of hiring and paying you. This deduction happens before it’s processed through PAYE, so you’ll never see the deduction on your payslip.

This can become a fairly complicated financial topic, but if you want, you can read more about it in our article about payslips in this article here.

As a Locum Doctor, you are not paid for your breaks. The amount of time is Trust dependent, but it’s usually a 30-minute deduction to your timesheet which is made automatically regardless of whether you take it or not.

You might be tempted to try and work through these and claim these half hours back, but some Trusts and agencies might be resistant to you trying to do so, and the effort required to get the money back might not be worth the effort put in. However, more important is the fact that working a solid 10h shift in a busy A&E shift without food or a break is horrible. You’ll need that break to recuperate and stay focused, it honestly isn’t worth the trade-off.

🖨  Mistake 6 - Not printing out your timesheets in advance

As a Locum Doctor, you will need to collect evidence that you’ve actually worked a shift. This means getting the Ward Consultant or the Consultant in charge to sign your agency's timesheet after each shift.

On my first shift at a new hospital, I thought I could quickly print this off before my shift was over and get this signed off. Unfortunately, as I finished at 22:00, I found myself in a predicament where there was no printer in the department (everything was electronic) and most of the admin rooms were locked. As a result, I spent over 1h30 search looking for a printer, before ultimately finding a friendly Paediatrics Nurse who helped me find a PC attached to one. Avoid these issues and just print them at home where possible, or print them out in bulk at the hospital for next time.

If you’re commuting by car to your locum jobs, then make sure you research the parking situation by contacting the parking team or rota-coordinator at the hospital. Don’t leave this last minute as it can often take them some time to respond, and unfortunate, getting through to them on the phone isn’t always successful.

In my first locum shift working outside of my Foundation Hospital, again due to booking shifts at short notice, I was unable to get in contact with either. As such, when I arrived, I had to park in the patient A&E parking bay which I discovered on the day, was coin-operated only. There was an option to get a 5-minute free parking display permit, which I had to print several times as I didn’t have any coins on me. This meant running to the hospital and back to print out another permit several times over the space of 30 minutes to find an ATM and then break the note at the Hospital Costa.

This article by Messly on preparing for your first day as a locum Doctor in a new hospital will help you avoid similar situations like this and having an easier time as a new Locum Doctor.

This article is part of a wider series of resources and guides that are designed to support you as a locum doctor, covering areas such as getting your first job, managing your finances, understanding your rights, and many more. Visit our Locum Doctor Hub for everything you need to know about locuming today.

Additionally, if you're considering an F3 year, you might also find it useful to look through the selection of resources we've put together in our F3 Resource Hub. 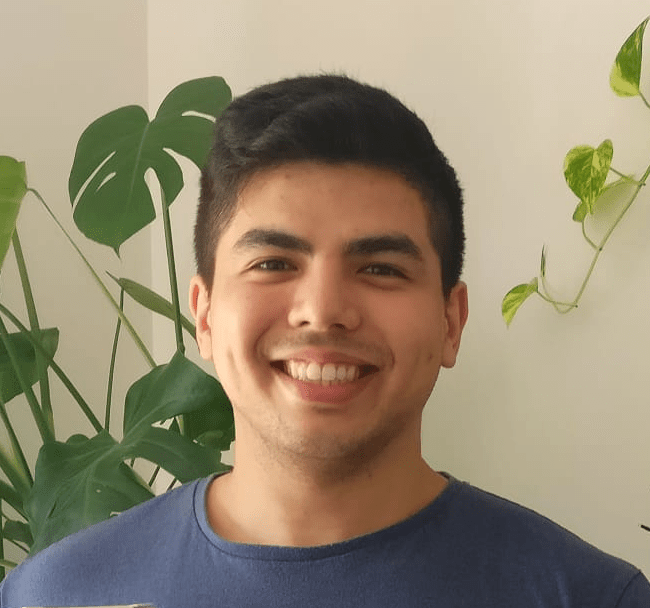 10 Places to Seek Emotional Support as a Locum Doctor

What Can Locum Doctors Do if Work Dries Up?

10 Places to Seek Emotional Support as a Locum Doctor

What Can Locum Doctors Do if Work Dries Up?

Why Locum Doctors Should Join a Peer Group

Am I Suffering from Burnout as a Locum Doctor?