Recently, we were fortunate enough to sit down with Dr David Hughes, a British F3 from the 90s who is now the Deputy CMO of Counties Manukau Health, a District Health Board in the North Island of New Zealand.

David shares his experiences moving from the UK to practice medicine in New Zealand, discusses the similarities and differences between the two healthcare systems, and offers his advice for young doctors looking to follow a similar path.

What’s your clinical background, and what's your current role?

I grew up in Wales, but moved to Edinburgh in 1985 to go to medical school there. I then moved out to New Zealand in 1993. Back then it was very unusual for doctors to take time out of training or to work overseas, and it was often frowned upon by seniors, so I felt like a bit of a rebel. Perhaps I was the original F3 doctor!

I began my career in mental health, but have since become a Specialist Medical Administrator. That’s a common Australasian career path for doctors interested in management and medical leadership. I’m most interested in quality improvement and patient safety, and lead the adverse events learning programme in New Zealand.

My current role is Deputy Chief Medical Officer of Counties Manukau Health, a District Health Board in the North Island of New Zealand. I’m currently based at Middlemore Hospital in South Auckland.‍

How similar are the UK and New Zealand healthcare systems?

New Zealand and the UK are very alike in many ways, and our healthcare systems are only a little different, so just as our towns will look and feel very similar to home, so will hospitals. Small things can differ, like terminology and acronyms, and some processes are also different but overall its easy to adapt.

The cultures of the healthcare systems are also similar, but have two main points of difference:

1) Maori are the indigenous people of New Zealand. They make up approximately 16 % of the population and their customs, culture and language underpin many important aspects of our society. As with many indigenous peoples, Maori health status is worse than the general population, which means that clinical cases which
are rarely seen in the UK persist, such as acute rheumatic fever in children.

2) I hear from our British doctors that it feels like there’s an increasingly litigious culture in the NHS, with issues around whistle-blowing and blame being quickly assigned. It’s not like that here at all. In fact, New Zealand has the lowest rate of medico-legal litigation in the western world. That flows down right through the system, which I think makes it feel a very supportive and safe environment to work in.

‍
How have you found the clinical experience to vary between the two?

The most significant point is that you’ll get very good supervision here, especially early on. There tends to be a big focus on support and oversight from seniors. Coming from the UK, you're likely to find that there are more seniors on site than you are used to.

That might result in some doctors feeling like they have less autonomy, and possibly even sometimes feeling held back, as you’re not doing things that you might do alone in the UK. But, on the plus side, this can be great in the first few months as you get settled in. Generally speaking, in more regional hospitals, it’s also common that the HO is the only doctor on site after hours.

We tend to find that UK graduates have more experienced for their years of work than those from the New Zealand system. This is certainly a product of the rigours of Foundation Training in the NHS, but maybe we tend to get the more confident doctors choosing to come out here!

It’s quite common for doctors who come over as SHOs at the RMO level to step up to a Junior Registrar role after around six months or so. But how long it takes for each individual doctor to get up to speed over here will often depend on the experience they’ve had in the UK, as well as the context they’re working in at their new hospital in New Zealand.‍

What induction and support is there in New Zealand in the first few months for an SHO?

The main point to note here is that there are so many other UK and Irish junior doctors around to help. Around 20% of the RMOs here are from the UK and Ireland, and in some areas such as Waikato it’s as high as one third.

That means you’re not the first to take this path, and there many people around with familiar accents and people who have been through the same experience who will help you get settled in.

Most people stay a year, but many stay for two years, and some even stay on into their training. So there’s always a good chance that the registrars and consultants you end up working with will be British too. In fact, 45% of New Zealand consultants and GPs are overseas-trained, and the UK makes us the largest component of that contingent.

What can you share about the workload and the support for learning?

We try to put a lot of care into how we structure our rotas, and we make sure we’ve put in place good processes for fatigue management for our doctors.

You'll likely work on a 10/4 rota - so if you work on a weekend, you’ll then get four days off. It's quite common for doctors to go to Fiji or Samoa on their long weekends, which is a great way to spend your down-time.

Our training contracts have good provisions around training expenses and giving doctors time to study as well. Registrars have protected teaching time to ensure they’re able to continue their learning at a steady rate. For SHOs, that is less regular, but they’re also given good access to study leave and good access to training courses.

Finally, could you offer any tips for doctors considering making the move right now?

I think it’s important to ask yourself some key questions before you apply to move out to New Zealand. Think carefully about what’s driving you to come here... What do you want to get out of it? Are you coming for good reasons, or to escape problems?

Moving over with a group of friends is a great way to do it, if you can, as it makes settling down much easier, although that’s not to say you won’t equally have a great time if you move over by yourself.

New Zealand is ‘open for business’ and actively recruiting junior doctors from the UK. Find out more about the process and see available jobs by clicking here.

This article is part of a wider series, supporting doctors like yourself with a comprehensive set of guides to ensure your F3 year is a success. These guides cover everything from initial planning, options for moving abroad, help with finding work, and tips for making the most of the experience. Click here to visit our F3 Resource Hub to explore the full list of guides and articles. 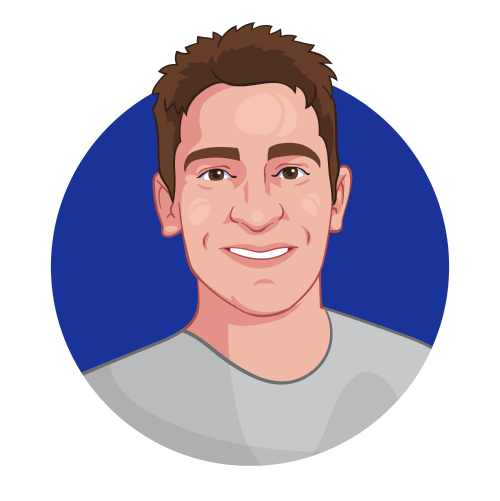