Life as an F3 doctor in Napier, New Zealand

Moving abroad as a junior doctor can be scary, so knowing what to expect before you make the move is really important. Here, we’ll take a closer look at Napier in New Zealand to help you decide if it’s a good fit for your F3 year.

Napier sits on the eastern coast of the north island of New Zealand in the Hawke’s Bay region, with a population of 62,800.

Wellington is the closest major city, with a drive time of just under 3 hours, while Auckland is 5 hours drive away.‍

Things to do in Napier‍

So, you’ve upped sticks and moved to Napier. Your very first weekend is here, time to look around your new home town.‍

Go explore: New Zealand is teeming with nature walks, cycle trails, and picturesque beaches. There’s a lot to get away and see close to Napier if the great outdoors is your thing. Get on your bike and go bird watching on the Napier wetlands cycle trail, take in Waipatiki beach with its towering cliffs, or look way up at 40m high trees on a Redwood forest walk. Take a look at the full list of nature days out here. ‍

Glass of wine? A good quality bottle of table wine is around about £7. Bargain. That is because Napier is the centre of the Hawke’s Bay region, otherwise known as one of the most popular wine making regions in New Zealand. Join one of the many tours, such as Vine and Views for a sip of the good stuff.

A touch of culture: Want to get you knowledge on? Head to the MTG Hawke’s Bay museum to learn all about Napier’s history, including the major earthquake that destroyed the area and the city's Maori heritage. It also functions as an art gallery and theatre. As if all of that wasn’t enough it’s also everyone’s favourite price, free!

These are just a few of the things to enjoy in Napier. We’ve left out the epic view from Bluff Hill, the creepy history of the Napier Prison, and all the treats of the Hawke’s Bay Farmers’ Market. But those and more are waiting to be discovered.

Local hotspots: Once you’ve got the touristy bits out the way you might want to tuck into local fare at Emporium Eatery and Bar in the landmark Masonic Hotel or sip a Crazy Good coffee. Looking for a taste of something a bit stronger? Enjoy a drink at The Gintrap with a beautiful view over Port Ahuriri.

It won’t come as a big surprise that the weather is a bit warmer than you may be used to in the UK. Even in the winter, Napier’s average temperature holds above double digits (11 °C). This means its beaches are always ripe for surfing, paddle-boarding, or just straight up relaxing. Average summer temperatures hold at around (18 °C) for those that prefer more temperate climes.

The coastal city ranks as 2nd cheapest to live in the whole country, behind Rotorua.

The real impact of living in Napier over say, Auckland, is noticeable when considering rent and transport costs. The average monthly cost of a 900 sqft furnished flat in Napier is roughly £679, which is £490 cheaper than the same sized accommodation in Auckland. Public transport is also an eye-opener, with a monthly transport pass in Napier costing around £70 less than the same travel pass in Auckland.

For a full list of these living costs, including entertainment, clothing, and personal care items, head here.‍

Hawkes Bay Hospital is Napier’s main hospital and also serves residents from neighbouring Hawkes Bay and Hastings. The hospital has 364 beds and its services include medical, mental health, children’s’ health, maternity, and surgical.
‍
The hospital’s specialities range from neurology and oncology to paediatrics and genetics. Head here for a full list of specialities. 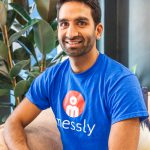